Trust in a Trustless Economy

It’s the oxymoron of the times. Investing in a trustless economy is about the most trustworthy investment to make today.

Let us take a step back to understand what trust really is in a taxonomy of blockchains. On the human side, at the core of any relationship, agreement or society for that matter, cooperation and interdependence are key prerequisites to establish trust. Further extension of this indicates that any society or more specifically, any organization, will not run smoothly without it. This has become overwhelmingly evident today as trust in major institutions (banking, corporations, governments, religious) has hit an all-time low. Additionally, scandals have been uncovered in each area, causing increased concerns from the public. No longer acceptable is the fact that major decision making is withheld to a privileged few.

“As a society, we have not become more distrusting. In fact, we have broken down barriers, created new ventures, opened new paths to circumvent the stoic past.”

Here is where the oxymoron exists. As a society, we have not become more distrusting. In fact, we have broken down barriers, created new ventures, opened new paths to circumvent the stoic past. We continue to trust. Look at Airbnb and Uber for example, clearly, we are open to sharing our house or car with a complete stranger. Through the sharing economy, we have proven the process for trust and whom we deem trustworthy, has undergone a dramatic change. What was once a small circle of local trust amongst family and friends, evolved to lending agencies and banking institutions (centralized trust); is giving way to what is now a distributed trust brought on directly, by advances in digital technology. What was once a centralized ledger available to show transactions to a private few, has grown to a distributed ledger technology (DLT) that allows a publicly viewable ledger, showing transaction record data. The benefit here is that the data can only be updated, not changed.

fig:1   Blockchain as a Software Connector

Figure:1 Above shows why the DLT process is preferred. A distributed consensus allows for cross verification as additional security regarding transactions.

For the time being, distributed trust will not stop trust overall in existing organizations. Credible, effective institutions will remain as a necessary construct.  What is foreseen, is a hybrid of both the centralized and distributed platforms. There will remain some sort of a central authority construct to perform peer to peer financial transactions. The combination of each will force change and acceptance by established institutions, initiated by the spark of disruptive technologies driven by startup ventures; blockchain technologies being one of the most pivotal evolutions in the past few years.

“The birth of the blockchain brought forth new currencies and a trusted method to keep these currencies away from the possession of financial cartels.”

The use of cryptic codes and ciphers has been around for millennia. With the advent of private-key and public-key encryption, the digital cryptography era began. Brought on by the distrust of major financial institutions following the economic collapse in 2007, Satoshi Nakamoto’s disillusionment led to his publishing blockchain technology for currency. No longer will one ledger book contain all the information. This will instead be parsed along a chain of server repositories. In essence, the sum parts now create the whole. The birth of the blockchain DLT brought forth new currencies and a trusted method to keep these currencies away from the possession of financial cartels.

Ledgers by this affect, have gone through significant change from the early days of business and personal accounting software. What was once stored locally is now (albeit slowly) moving to a distributed platform as blockchain is introduced to an organization. This is a direct result from customer expectations on transparency and auditability. So why didn’t financial institutions do this during the initial transition from paper to networked computers? It was easier to centralize and less complex to manage.

fig:2   Blockchain as a Software Connector

Figure:2 Above shows a duplicated distributed network where central control is removed to allow transparency and cross-referenced authentication.

We see blockchain technology being used in the voting process relative to transparency and security. Regarding health technology, blockchain DLT will give you the ability to own your medical records and related data to them. A common but difficult process to complete is land transactions. Blockchain DLT will create reliable, secure and traceable data available. Regarding assistance to those in need, whether a natural disaster or for refugees in need, blockchain DLT would enable survivors to access digital wallets in order to receive aid at a much faster pace.

“By its very formation, blockchain DLT has extended trust from the few …, to the many”

The above are only a few examples of how trust in a trustless economy exists. It is there to disrupt or enhance our current institutions and company constructs. By its very formation, blockchain DLT has extended trust from the few (local tribalism), to the many, who have in turn created global communities more cognizant and demanding that their expectations be met. 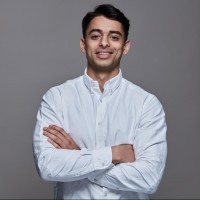